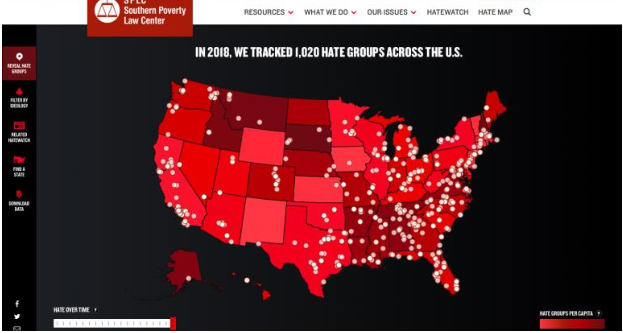 Big tech and the media routinely cover for the scandal-plagued far-left smear factory the Southern Poverty Law Center (SPLC), but a new non-partisan initiative has launched a campaign urging Amazon to drop its reliance on the corrupt liberal group.

Since its creation two months ago, the New Tolerance Campaign (NTC) has inspired more than 2,000 Americans to demand that universities and influential companies like Amazon hold themselves to “consistent standards of tolerance.” NTC “promotes ‘unbiased tolerance’ by encouraging organizations, businesses, elected officials, and government agencies to maintain clear standards of acceptable conduct.”

In that spirit, NTC has rallied Americans against Amazon’s decision to rely on the SPLC’s biased “hate group” accusations to exclude organizations from its AmazonSmile charity program. NTC reminded its followers that the SPLC faced a devastating scandal back in March involving claims of racial discrimination and sexual harassment. That scandal led to the firing of the SPLC’s co-founder, and it broke open even further as employees came clean about being “part of the con,” exaggerating hate by padding the “hate group” list and “bilking northern liberals” into cutting big checks. The SPLC has millions in offshore bank accounts in the Cayman Islands.

“New Tolerance Campaign is dedicated to calling out the unequal application of tolerance in mainstream American culture, which has become far too common in recent years. AmazonSmile’s use of the SPLC is a clear case of this ongoing problem,” an NTC spokesperson told PJ Media on Wednesday.