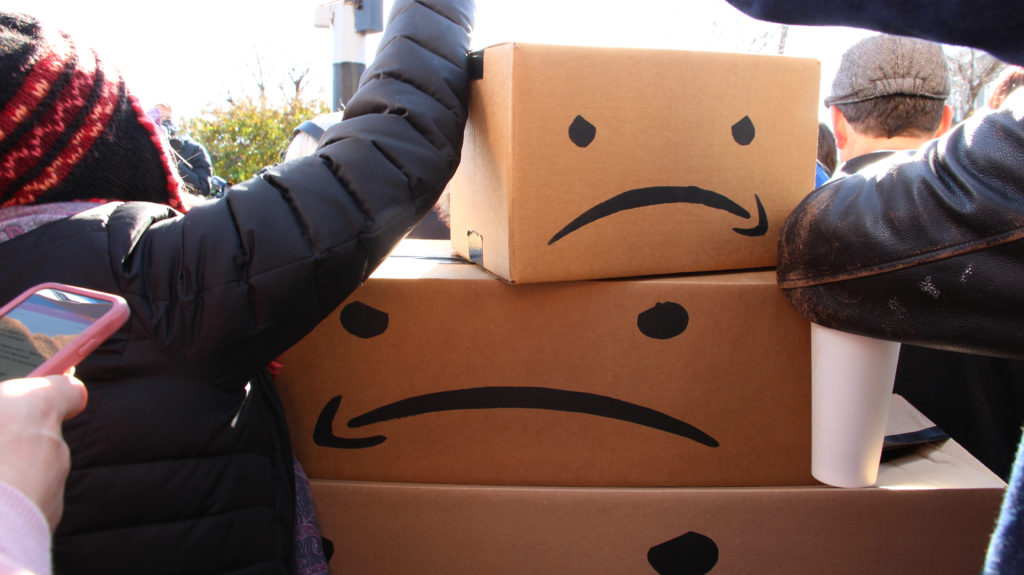 Amazon has a program called AmazonSmile that lets shoppers direct .5% of their purchases to charity. While this is generally admirable, the way Amazon decides which charities can participate is extremely problematic. We hope you’ll join us in calling on program director Sachin Shah to fix it!

Besides basic qualifications like being an IRS–registered non-profit in good standing, AmazonSmile has one condition for inclusion: the organization must not be on the Southern Poverty Law Center’s (SPLC) “hate map.”

The Arbiter of Hate

The SPLC has an admirable history of fighting unambiguously bigoted groups like the KKK, and they are the only well-established group that even offers a blacklist of “hateful” organizations. However, they are also a poor choice as the sole non-government arbiter of who is and isn’t too problematic for Amazon due to serious outstanding questions about the organization’s ideological biases and moral authority.

The SPLC has a habit of looking through an  ideological lens  that leads it to be harsher on those on the other side of the political spectrum. In 2017, charity database GuideStar adopted and then quickly abandoned the SPLC’s hate classification,  saying they themselves  were driven by their  “commitment to objectivity” and that they had received many reasonable concerns about the SPLC’s list.

Recent reports  from  SPLC  employees about sexist and racist treatment within the organization caused a serious shakeup at the top, including the ousting of co-founder Morris Dees. As this unfolded, SPLC staffers have raised flags that they were still broadly concerned with “widespread pattern of racial and gender discrimination by the center’s current leadership, stretching back many years.”

The SPLC  also has a troubling history of leveraging lawsuits that net thousands for their clients to raise millions for itself. The organization has stashed some of those millions in Cayman Islands bank accounts – curious behavior for a “poverty” non-profit. Former SPLC employee Bob Moser  relayed an anecdote in The New Yorker that staffers used to parody a Martin Luther King, Jr. quote etched an SPLC wall from “Until justice rolls down like waters” into “Until justice rolls down like dollars.”

Furthermore, by relying on the SPLC,  AmazonSmile lets organizations through that don’t register on the SPLC’s list but have a history of questionable actions. Some have already complained about right-wing sting group Project Veritas’s inclusion in the program. Two groups commemorating the Black Panther Party are included. And People for the Ethical Treatment of Animals (PETA), famous for dousing people in fake blood and creating a  video game where players beat up researchers, can also receive donations.

Amazon is a private company and can choose to donate as it pleases, but the use of the SPLC by AmazonSmile poisons the good intentions behind the program and contributes to our nation’s bitterness by signaling to your customers that charity should be informed by the opinion of a singular institution of highly questionable standing.

Join us in calling on AmazonSmile Director Sachin Shah and his team to stop relying on the SPLC, establish their own criteria, and apply it evenly without ideological bias!