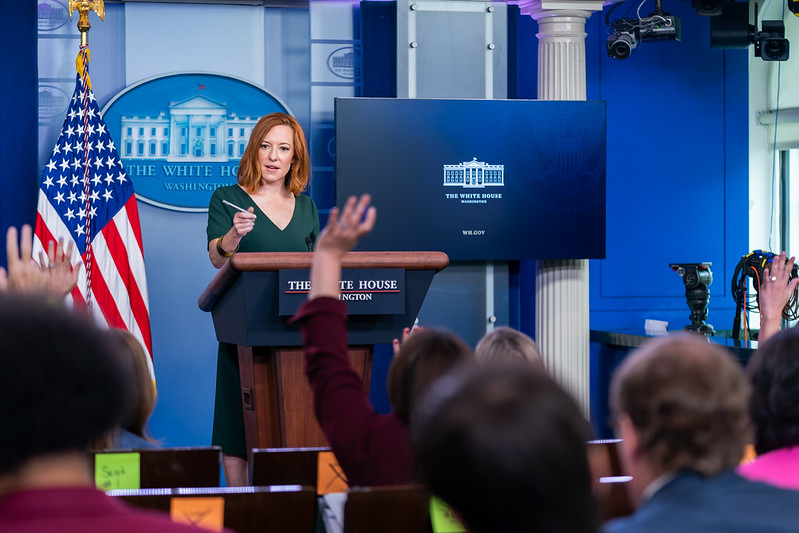 On Thursday, July 15, White House Press Secretary Jen Psaki made an alarming announcement that the Biden Administration was “flagging problematic posts for Facebook that spread disinformation” about the COVID pandemic. Exactly what the President of the United States and his team deem “disinformation” was not stated.

One day later, Psaki doubled down, stating people “shouldn’t be banned from one platform and not others for providing disinformation.” If you’re deemed in violation of one social media company’s terms of service, you’re apparently in violation of them all.

While the federal government admitted to colluding with Big Tech to censor Americans, our country’s preeminent free speech advocacy organization the ACLU was nowhere to be found.

In its 1963 ruling in Bantam Books v. Sullivan, the Supreme Court of the United States ruled that government officials pressuring private actors to censor for them is a violation of the freedom of speech guaranteed by the Constitution. The Biden Administration’s actions are a clear violation of civil liberties, and until recently would have prompted an immediate response from the ACLU.

“As the Biden Administration brags about silencing speech it alone deems wrongthink, the ACLU’s prolonged silence speaks volumes,” New Tolerance Campaign President Gregory T. Angelo stated. “The ongoing collaboration between the long arm of Big Tech and the heavy hand of the federal government to silence the speech of everyday citizens should alarm every American — and is in clear violation of the Constitution. It should be a natural case for the ACLU. Has the ACLU abandoned its mission? Are they happy to look the other way in service to a President more aligned with their partisan leanings? Both? The ACLU is at a crossroads — stand by your mission, or be honest and change it.”

NTC’s campaign to hold the ACLU accountable allows its supporters to contact the ACLU directly with appeals to uphold its stated mission or admit they have abandoned their founding principles.