Tell the ACLU: Stand by Your Mission — or Be Honest and Change It 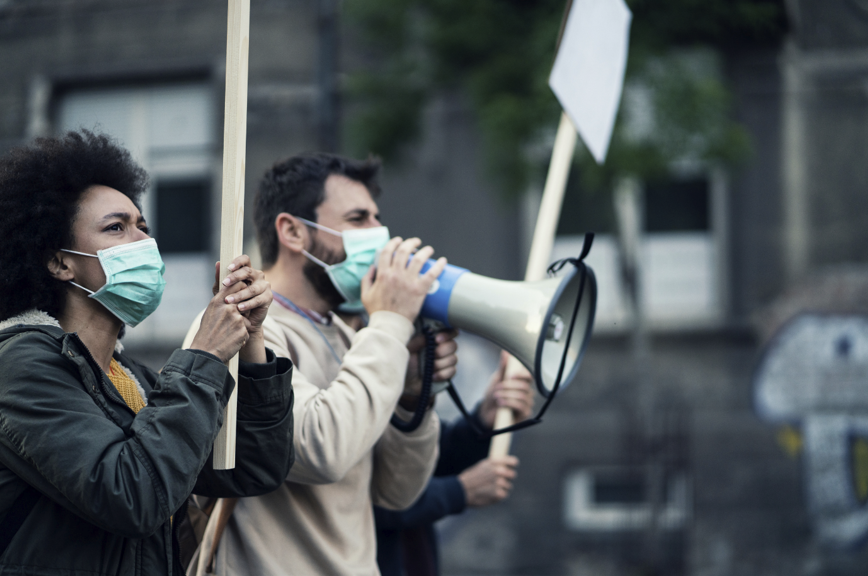 On Thursday, July 15, White House Press Secretary Jen Psaki made an alarming announcement that the Biden Administration was “flagging problematic posts for Facebook that spread disinformation” about the COVID pandemic. Exactly what the President of the United States and his team deem “disinformation” was not stated.

One day later, Psaki doubled down, stating people “shouldn’t be banned from one platform and not others for providing disinformation.” If you’re deemed in violation of one social media company’s terms of service, you’re apparently in violation of them all.

While the federal government admitted to colluding with Big Tech to censor Americans, our country’s preeminent free speech advocacy organization the ACLU was nowhere to be found.

The American Civil Liberties Union (ACLU) has a storied history of being an objective defender of American civil liberties — however controversial the individual or vile the speech, the ACLU built a reputation around a mission that the Constitution protects everyone. Sadly, in recent years, the ACLU has made a drastic departure from its stated mission. Once a bastion of free speech, the ACLU has started letting social justice trends direct its actions. As the New York Times recently exposed, the ACLU can’t decide if it wants to stick to its founding principles or becoming just another soldier in the progressive cause.

Join us in holding on the ACLU accountable: state your mission and make it clear!

The ACLU is over a century old as had defended the First Amendment rights of everyone from the Nation of Islam to the KKK. Many at the ACLU still believing in defending the rights of all, and they still do occasionally take cases that are highly controversial or benefit groups that are right-of-center.

However, the ACLU has generally not engaged in the recent string of free speech cases on college campuses, while it has eagerly jumped on the ‘defund the police’ bandwagon. The organization rallied and fundraised off hatred for President Trump and embraced the extremes of identity politics. Leadership also recently rolled out guidelines that, according to NYT, “suggested lawyers should balance taking a free speech case representing right-wing groups whose ‘values are contrary to our values’ against the potential such a case might give ‘offense to marginalized groups.’”

In the words of ACLU founder Ira Glasser, “There are a lot of organizations fighting eloquently for racial justice and immigrant rights. But there’s only one ACLU that is a content-neutral defender of free speech. I fear we’re in danger of losing that.”

The ACLU has risen to its current prominence partially because of its principled non-partisan stances, and while its actions were often controversial, it arguably did a lot of good by being a consistent example of principle over partisanship. Organizations are of course free to change their mission, and if the ALCU wants to only champion progressive causes, that is its right. But if it chooses the latter, it must be honest about it and not deceive donors or the public.

Use the form on this page to tell the ACLU to make their choice clear: Do they stand for civil liberties for all? Or just for those they agree with?