3 Things to Watch as We Enter the Biden Era 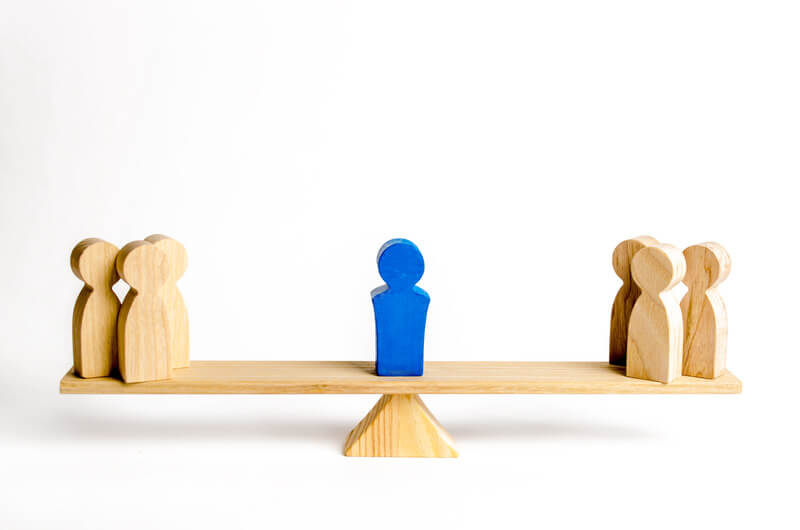 This week started with MLK Day, when the internet overflows with wonderful quotes from Dr. King about justice, equality, activism, and character. These quotes provide a stark contrast to what we’ve witnessed in our nation over the last year, and especially the last two weeks.

We are nowhere near achieving MLK’s dream. While some things have improved dramatically for our nation, other problems have just changed shape, and new technology has ushered in brand new ways for us to discriminate, bully, and divide.

It is a new year, and starting today, we have a new president, but neither of those things will make this nation’s underlying problems go away.  As we move into this next chapter of our nation’s history, the New Tolerance Campaign has pledged to keep a close eye on three big issues:

This problem has been simmering for years as social media and search engines try to walk the line between promoting free expression and stopping things like bullying, bigotry, and promotion of violence. No doubt it’s a tough job, but almost all of the major tech companies have systematically failed at anything resembling fair enforcement of clear policies.

This has never been more apparent than this past couple of weeks when Trump and many of his supporters were banned from many platforms while other accounts that routinely promote violence and even gross human rights abuses remain untouched.

We recognize that these tech companies are private entities that are not bound by the First Amendment, but they have immense power to control the public’s access to information, and it is our duty as citizens to demand that they set fair, transparent rules and abide by them.

The American Response to Uyghur Oppression in China

American companies like Apple, Nike, the NBA, and Disney love to tell us how much they care about social justice with flashy ads and not-so-subtle messaging. But they only hop on bandwagons that are already popular and don’t cost them anything. Meanwhile, they are completely silent on the extreme human rights abuses happening in China, even while they take advantage of its lucrative consumer market and cheap labor.

American government officials have been stepping up in some ways. In the last month alone, outgoing Sec. of State Mike Pompeo boldly accused China of ‘genocide,’ and the Biden campaign returned a donation from a lobbyist with Chinese ties.

This is progress, but it’s not enough. As influencers of social norms, major American companies must act responsibly, which at the very least means acting consistently. They should stop the use of hypocritical slogans and marketing campaigns that encourage poisonous phony tolerance.

While the fight against racism makes headlines every day, there has been a baffling amount of anti-Semitism that doesn’t seem to concern mainstream media, advocacy groups, civic leaders, and many public figures. If we mean it when we say as a country that we must end racism in America, that means fighting anti-Semitism just as earnestly as other forms of racism. Yet, some racial justice fighters have been allowed to spout anti-Semitism in the course of condemning other forms of racism. This must end.

If you haven’t checked out our campaigns page in a while, please do. Sign the petitions and send the messages that matter to you, and together we can make a real difference.