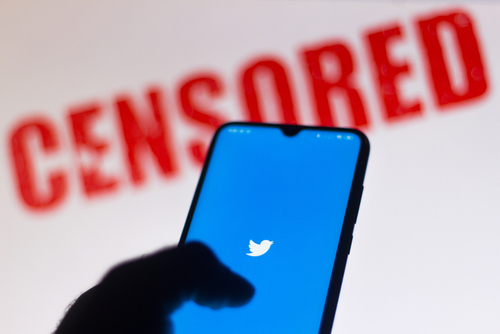 On January 8th, Twitter announced that it had permanently suspended @realDonaldTrump, President Donald Trump’s personal account, “due to the risk of further incitement of violence” after they had determined three days prior that he violated their Glorification of Violence policy.

Consistent standards of tolerance are critical to a healthy and stable society. At issue is whether Twitter will finally apply its policies in a consistent manner. While Twitter has ended Mr. Trump’s access to its platform, it continues to allow other government leaders to use Twitter even though they routinely glorify violence on Twitter in ways that fit Twitter’s assessment of Mr. Trump’s policy violation.

The prime example is the Islamic Republic of Iran’s Supreme Leader, Ayatollah Khamenei, who routinely calls for violence against the United States and Israel, and has used Twitter to issue death threats. Ironically, the Iranian government bans its own citizens from using Twitter and has cut off all access to the Internet within its borders as a means of squashing speech and anti-government protests.

Another troubling example is the still-allowed Twitter handle for the official Chinese Embassy in D.C., which recently tweeted “Study shows that in the process of eradicating extremism, the minds of Uygur [sic] women in Xinjiang were emancipated and gender equality and reproductive health were promoted, making them no longer baby-making machines. They are more confident and independent.” This tweet references the Chinese government’s imprisonment of over 1 million Chinese Uyghur Muslims into re-education concentration camps, actions that violate many international human rights statutes.

Twitter’s blatant inconsistency in the application of its own policies is highly problematic as it creates and exacerbates divides in society that make people less tolerant towards each other. Twitter must act consistently, especially when it comes to the intersection between speech and violence.