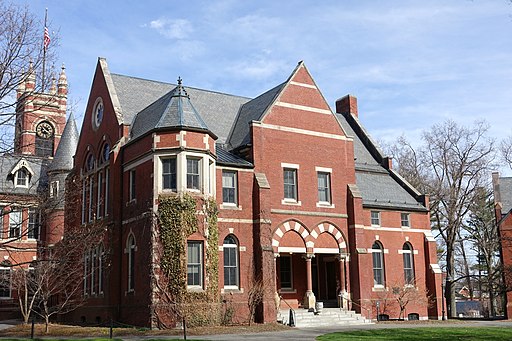 The New York Times recently published a scathing critique of an alleged racism incident at Smith College that turned out to be nothing of the sort. The ACLU championed the false claim and has yet to retract its statements or apologize for its misleading campaign that seriously harmed an accused janitor and cafeteria worker. Join NTC in demanding that the ACLU apologize and set the record straight!

In 2018, Smith student Oumou Kanoute claimed that white workers called school security on her while she was minding her own business and eating lunch on Smith College’s campus, where she was working over the summer. She claimed that it was a clear case of racial profiling, and the ACLU, Smith College, and many news outlets took her at her word. The ACLU created the “eating while black” campaign, holding the incident up as proof of everyday racism.

Three months later, a law firm hired by Smith College found out what really happened that day. A summer camp rented space from Smith College and thus for the sake of child safety, some areas became off-limits to everyone else. A cafeteria worker told Kantoute that the area was off-limits, but didn’t press the issue. A janitor saw that there was an unauthorized person in the area and followed protocol by calling security. A security guard showed up and politely asked her to leave.

Kantoute responded by posting the names and pictures of those who supposedly racially profiled her on social media, and the story blew up to national news, fanned by the ACLU.

The janitor was placed on leave and the cafeteria worker been subjected to rampant harassment, including people leaving notes at her home calling her a racist. She’s struggled to find a new job because she’s become locally infamous.

When the truth came out, the ACLU didn’t back down. According to the Times:

Rahsaan Hall, racial justice director for the A.C.L.U. of Massachusetts and Ms. Kanoute’s lawyer, cautioned against drawing too much from the investigative report, as subconscious bias is difficult to prove. Nor was he particularly sympathetic to the accused workers.

“It’s troubling that people are more offended by being called racist than by the actual racism in our society,” he said. “Allegations of being racist, even getting direct mailers in their mailbox, is not on par with the consequences of actual racism.”

The ACLU makes a lot of noise about civil liberties and equality, but this incident shows they put a preferred narrative over anything resembling equality. The organization should have gotten the facts before spreading Katoute’s narrative, but now that the truth has been revealed, they have a responsibility to reverse the damage as much as possible. Using the form on this page, you can send an email to the ACLU demanding that they retract their previous statements, set the record straight, and apologize to the innocent people whose lives they helped ruin.