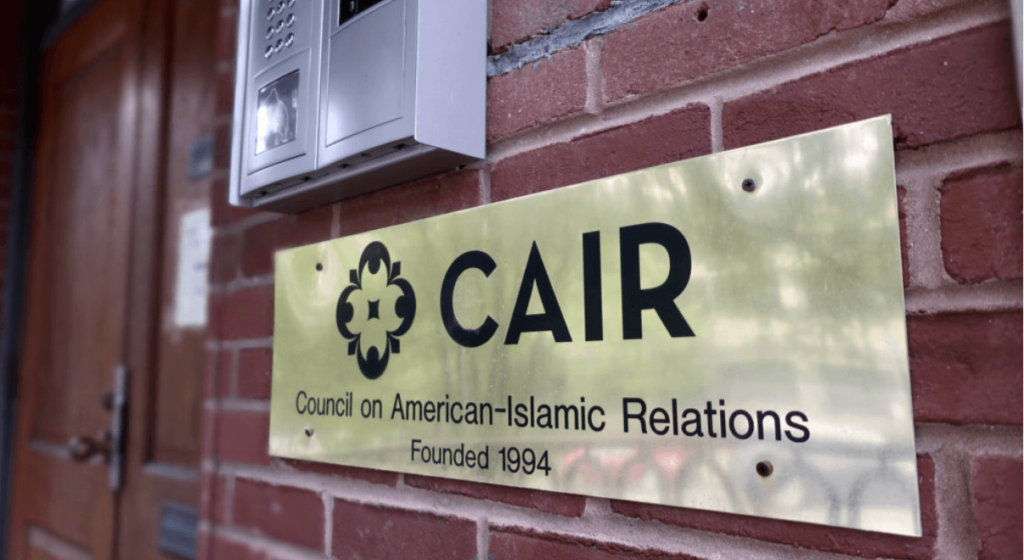 NPR has just published an extensive investigation into the Council on American Islamic Relations that reveals CAIR’s national leadership has routinely ignored and covered up widespread misogyny and sexual harassment in its offices around the country.

For CAIR’s 25th anniversary celebration last year, over 100 lawmakers (both Republicans and Democrats) sent formal letters of praise, which CAIR leaders published in the event’s program.

Now the devastating NPR report makes clear that the toxic culture among CAIR’s leadership includes misogyny and corruption. Lawmakers, especially those who proudly tweet #MeToo and “Believe Women,” have a responsibility to demand accountability and transparency from CAIR’s national leaders.

Sign the Petition to demand these lawmakers stop supporting CAIR!

The biggest bombshell in the NPR report is a prominent CAIR leader who has been accused of spousal abuse, bigamy, and harassment of subordinate employees – yet continued to be praised by CAIR national leaders even when he resigned in January.

NPR’s reporting also reveals a climate of bullying and intimidation inside the organization, with many former staffers afraid to speak on the record: “The former employees described a range of complaints, from a gender pay gap and women being shut out of closed-door meetings at the national office to women feeling tokenized and the career development of men being prioritized over women.”

One former staffer Jinan Shbat has created the CAIR Victims Forum. She told NPR: “The amount of women who have been reaching out to us who are like, ‘I used to work for CAIR. Thank you so much for finally doing this and speaking out,’ ” Shbat said in an interview. “So many women have basically told us that they experienced a lot of the same sexism and misogyny.”

California religious scholar Aslam Abdullah tells NPR that “numerous women have come to him with what he regards as credible allegations of harassment, sexual misconduct or unfair treatment against senior men within CAIR or CAIR affiliates.”

Even CAIR’s former board chair Parvez Ahmed has “been critical of CAIR leadership over issues like inclusion and gender equity” and insists: “The leadership of CAIR owes the community an explanation as to who knew what and when and how those complaints were handled.”

Lawmakers may not have had any idea what was going on when they sent their letters of support, but now they do.

Sign the petition on this page to demand they retract their support and call for transparency and accountability from CAIR.