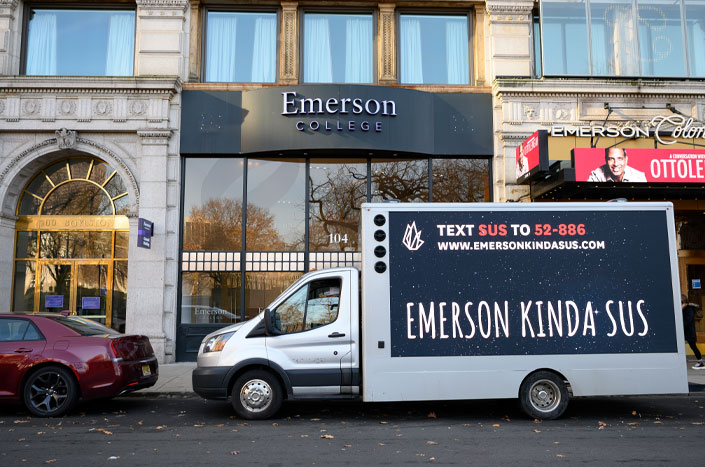 UPDATE (01/12/23): Emerson College announced the appointment of Dr. Jay M. Bernhardt as the school’s next president. Our allies at FIRE are vetting Dr. Bernhardt for his record on support for different views and free speech on campus. Check back for updates!

University presidents wield substantial power to promote — or limit — free expression on American college campuses. The future president of Emerson College in Boston, MA, is no exception: Whoever assumes this role will inherit the challenge of protecting student free speech on a campus with an unfortunate track record of limiting it.

Over the past year and a half, Emerson has been embroiled in substantial controversy for suppressing student expression. Despite receiving multiple letters from the Foundation for Individual Rights and Expression (FIRE) listing concerns about its actions, Emerson has doubled and tripled down on campus censorship.

Emerson’s own Community Standards affirm that “[a]s an institution dedicated to Communication and the Arts, the First Amendment of the US Constitution is of high importance.” The college’s actions over the past 18 months, however, call that commitment into question, even earning Emerson a place on FIRE’s 2022 list of the “10 Worst Colleges for Free Speech.”

Now, as Emerson searches for a new university president, its Presidential Search Prospectus describes “[a]ppreciation for diverse ideas and the free expression of them” as a “non-negotiable value” underpinning the college’s search.

To ensure that Emerson holds fast to this commitment, the New Tolerance Campaign is partnering with FIRE to empower students, alumni, and concerned citizens to voice their support for a pro-free speech president at Emerson.