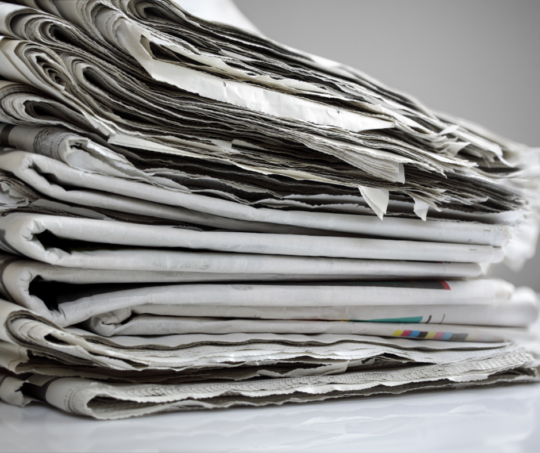 The New York Times has violated its own standards of viewpoint tolerance in its editorial page. Republican Senator Tom Cotton’s controversial op-ed met with widespread outrage leading to the top opinion editor losing his job and an apology from The Times for not providing more context and heavier fact-checking. As if forgetting this apology, The Times has now run a straight Chinese government propaganda piece without any such measures.

Join us in calling on The Times to stop this dangerously misleading hypocrisy.

On Oct 1, 2020, the NYT published an op-ed called “Hong Kong Is China, Like It or Not” by Chinese politician Regina Ip that gives mainland China’s perspective on their violent crackdown on pro-democracy protests in Hong Kong. Ip misleadingly presents the pro-Democracy protestors as minority radicals and the Chinese government as the savior of peace and stability, employing all sorts of rhetorical gymnastics to downplay the government’s brutality and undermining of Hong Kong’s democracy. Take this passage for example:

To some, the new national security law is especially chilling because it seems simultaneously vague and very severe. But many laws are vague, constructively so. And this one only seems severe precisely because it fills longstanding loopholes — about subversion, secession, local terrorism, collusion with external forces. One person’s “severe” is someone else’s intended effect.

Contrast this with the outcry over the Cotton NYT op-ed from June 2020, “Tom Cotton: Send in the Troops.” This op-ed by a prominent U.S. Senator calls for the military to be mobilized against rioters. While this is obviously a controversial stance, as then opinion-page editor James Bennett said, “Readers who might be inclined to oppose Cotton’s position need to be fully aware of it, and reckon with it, if they hope to defeat it.”

The op-ed is now preceded by a very long editor’s note saying the op-ed should not have been published without substantial revision. It lists several objections, such as “the assertion that police officers ‘bore the brunt’ of the violence is an overstatement that should have been challenged.” It claims that the headline is overly “incendiary” and the tone of the piece too harsh. The editor’s note concludes, “we failed to offer appropriate additional context — either in the text or the presentation — that could have helped readers place Senator Cotton’s views within a larger framework of debate.”

Where is this “additional context” with Ip’s op-ed? Ip makes her own dubious claims that misrepresent the situation in Hong Kong, arguably worse than those The Times stated Cotton made. And it’s hard to get much harsher than Ip’s defense of “vague and severe” crackdowns. Where is the NYT’s concern this time? This is an appalling double-standard.

The Times requests that readers email them to “report errors regarding our coverage” so we’re asking you to join us in doing just that!

Use the form on this page to send an email demanding that they add the context and fact-checking they promised after the Cotton op-ed to Ip’s op-ed and apply their standards equally moving forward, lest they expose themselves as caring more about combating the ideas of their domestic political opponents than those of oppressive foreign regimes.