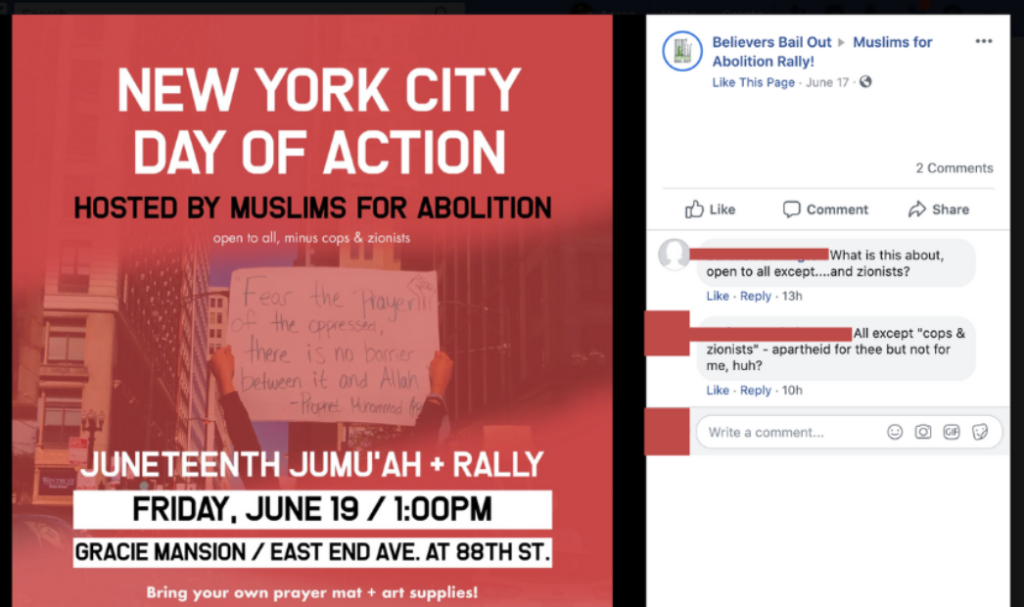 In a despicable act of anti-Semitism, NGO Believers Bail Out (BBO) organized an event on June 19 called “Muslims for Abolition Rally” that was “open to all, minus cops & zionists.” Join New Tolerance Campaign is calling on the group’s funders to immediately denounce the organization and withhold any future financial contributions that support this racism!

The International Holocaust Remembrance Alliance’s definition of anti-Semitism, which has been adopted by 31 countries and the U.S. Department of State, includes anti-Zionism as discrimination against Jews because Zionism is a core part of Jewish identity that predates the State of Israel by over 2,000 years. Therefore, to exclude Zionists is to exclude Jews.

Believers Bail Out has no moral justification for its actions, which harm the actual fight against ending racism by perpetuating hatred on the basis of identity.

With just a few clicks, you can send emails and tweets to these foundations demanding that they denounce this inexcusable bigotry and cease any funding that allows it to continue.