The Uneasy Intersection of Tolerance and Humor 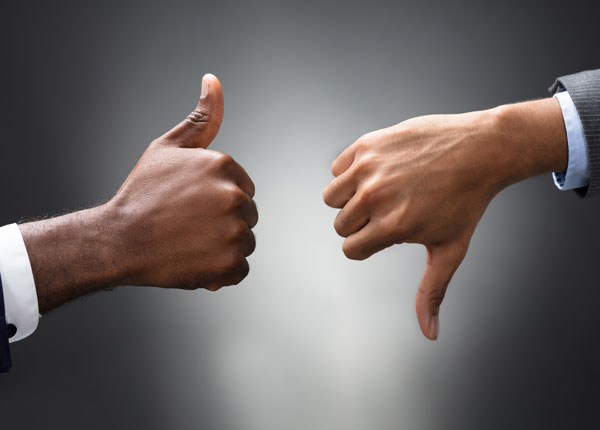 This week, the most notable thing to come out of the Golden Globes was not a list of winners, but Ricky Gervais’s scorching jokes, mainly made at celebrity attendees’ expense. Perhaps his most shocking line was, “You say you’re woke but the companies you work for, I mean, unbelievable – Apple, Amazon, Disney – if  Isis started a streaming service, you’d call your agent.” The reviews were very mixed. Some were offended. Others were highly entertained. But the primary consequence of the whole affair was a huge bump in Gervais’s Twitter follower count.

Also in the last month, news broke much more quietly that a UMass Amherst professor was removed from their position for showing a parody video featuring Hitler that students had made for extra credit in an accounting class in a prior year. The video added comical, accounting-related subtitles to a clip from the movie Downfall, attributing lines to Hitler such as: “Don’t you dare finish that sentence or I’ll send you to a chamber. And it won’t be the chamber of commerce. I can guarantee that.” The professor’s decision may or may not have been a good one, but just showing the video with jokes about on par with Gervais’s cost the professor her job.

Our nation is having something of a crisis when it comes to how we handle humor. Much of humor-based entertainment is all about being irreverent and pushing the envelope. And individuals will clearly have different views about how far is too far and in what context.

If we shut down every stand-up comic, movie, and TV show every time someone is offended, the comedy genre will disappear very quickly! And in the case of the UMass professor, attempts to add a little levity into otherwise dry subject matter will go the way of the dodo. And no one wants that.

But we obviously don’t want to give a pass to any vile sentiment because it was “just a joke.” So what can we do?

When someone says something that offends us, the goal should be a conversation, not a cancelation. By all means, state your views, but do in a way that aims to bring improvement, not punishment. You can also choose to vote with your time and money – if people aren’t watching a certain comedian, they’ll shape up or move on – without attempting to destroy any chance of future employment for the offender.

If students had approached the UMass professor instead of going straight to the administration to demand her dismissal, it’s entirely possible that the professor would have agreed not show the video again or perhaps even given the students another perspective on this issue.  Now we will never know.

Humor can be an important tool to expose what’s wrong with society in a more palatable way or just to make an accounting class a little more engaging. It can also be an excuse to display bigotry in a less obvious form. Let’s reward humor that makes society better, treat firmly but fairly with humor that makes society worse, and have the humility to know that the line may not always be a clear one.

Our nation is having something of a crisis when it comes to how we handle humor. How far is too far and what should our reaction be to offensive content?