NTC to Mayor de Blasio: Stop Choosing Who Gets to Exercise Their 1st Amendment Rights 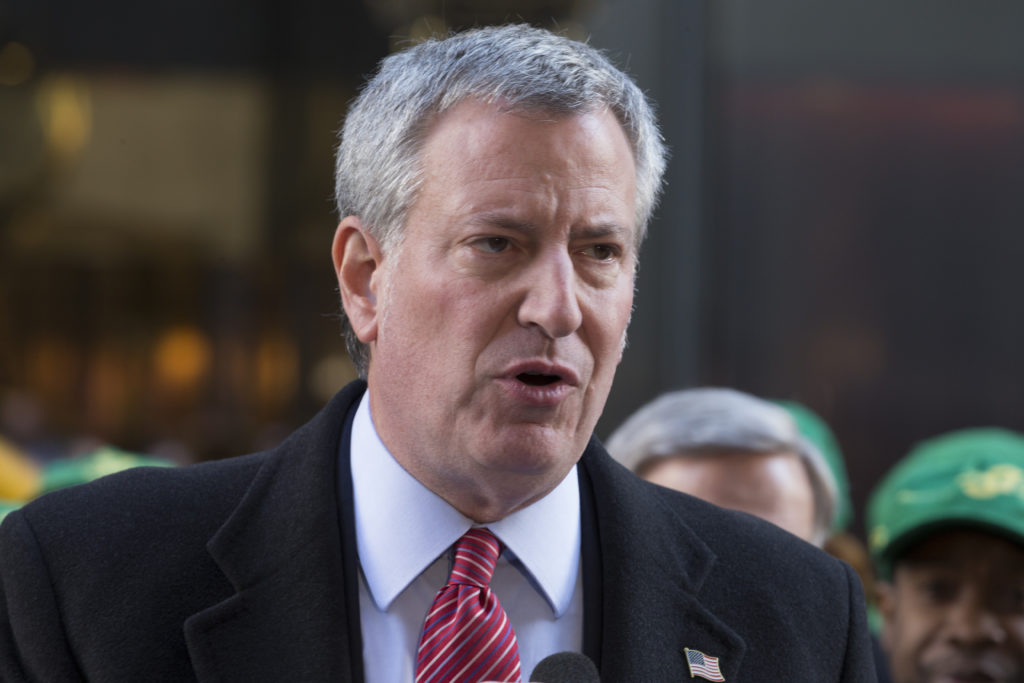 New York City has been hit especially hard with COVID-19, and its leaders responded with strict stay at home and social distancing laws enforced by police. These rules continue with one exception – the recent protests sparked by the detestable killing of George Floyd. New Tolerance Campaign is mobilizing its activists to send a message to NYC Mayor Bill de Blasio calling on him to stop the double standard of allowing or shutting down gatherings based solely on his own opinion of what’s important.

At the direction of Mayor de Blasio, New Yorkers gathering in groups of 10 or more to mourn their dead, practice their religion, or protest the closure of their businesses are arrested. Groups gathering in the hundreds or thousands to protest police brutality are left alone. Either COVID-related social restrictions are vital for public health, or they are not. Why people gather should not be a factor if the concern, as de Blasio has said, is combating an indiscriminate health pandemic that has killed over 100,000 Americans.

When asked about his inconsistent position, de Blasio responded by saying, “when you see a nation, an entire nation, simultaneously grappling with an extraordinary crisis seeded in 400 years of American racism, I’m sorry, that is not the same question as the understandably aggrieved store owner or the devout religious person who wants to go back to services.”

While de Blasio may care why certain people gather, COVID-19 does not. Either these restrictions are necessary to stop COVID, or they are not. To now qualify them based on de Blasio’s perception of certain people’s needs undermines the argument that they were so vital in the first place.

NTC’s message to de Blasio is this: freedom of speech, assembly, and religion are all enshrined in the First Amendment for a reason. Suspending gatherings across the board in a pandemic is one thing, but if he feels it is necessary to lock down his city, he should apply the same rules to everyone.