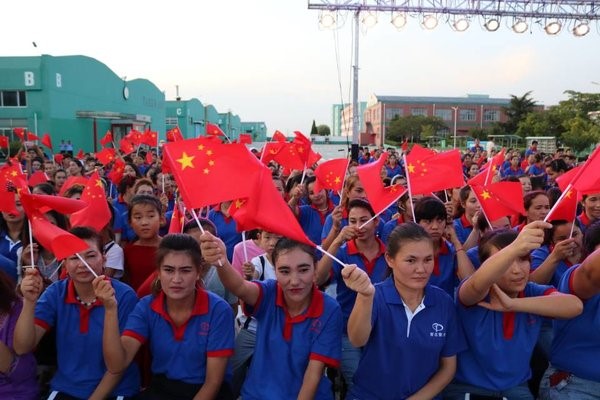 NTC is mobilizing activists to demand that Apple stop its grotesque use of forced Uyghur labor in their Chinese factories. This hypocritical practice – Apple often claims to be socially aware – is incredibly inhumane. Now that Apple is aware of their human rights violations, they must stop them immediately.

Over the last two years, the world’s eyes have been opened to the cruel treatment of China’s Uyghur Muslim population by its government, which has been using an advanced surveillance state to abduct, isolate and brainwash innocent Uyghurs because of their religious beliefs.

On March 1st, the Australian Strategic Policy Institute (ASPI) released an explosive report revealing a sickening new twist to the terrifying saga: many of these already tortured Uyghurs are being rented as slave labor to Chinese manufacturers producing products for well-known American companies.

After being held in dystopian brainwashing camps, Uyghurs are shipped across the country to work in factories. They aren’t allowed to leave or practice their religion, and any time away from the factory floor is spent in indoctrination classes meant to strip them of their Uyghur identity.

Through extensive research, ASPI found that participating factories were in the supply lines of at least 83 American and international brands including Apple, Nike, Amazon, Victoria’s Secret, and Nintendo.

While it’s possible that these companies previously had no idea what was going on, they know now. We’re starting with Apple because they claim to “hold ourselves and our suppliers to the highest standards to ensure everyone is treated with dignity and respect.” Yet, ASPI identified at least four Apple-linked factories that are using forced Uyghur labor, including one that CEO Tim Cook visited in 2017. 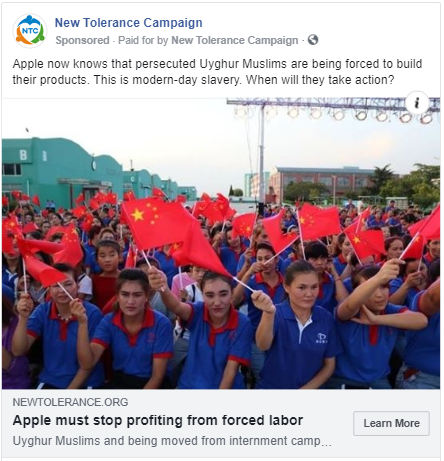 Apple responded to the initial report with a statement saying that they were unaware, but they need to know that their customers and the American people are watching closely and expect them to take absolutely corrective action as soon as possible. They can choose to be heroes to thousands or willing perpetrators of one of the greatest human rights abuses of our time.