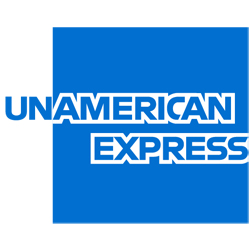 Color Us United, Consumers’ Research join in call for financial institution to open the books on “diversity” instruction at its May 3 shareholder meeting

American Express will convene its annual shareholder meeting on Tuesday, May 3. The letter requests that AmEx CEO Steve Squeri use that opportunity to respond to the release of internal documents unearthed last year that showed, among other things, company trainings instructing staff on “microaggressions” and encouraging support for Black Lives Matter, a movement that declares it wants to “disrupt” the traditional “nuclear family structure” and stop “heteronormative thinking.”

Perhaps most concerning of all: documents that show American Express tied 15% of executive bonuses to a “colleague” metric of “diversity,” incentivizing managers to hire and terminate employees based on their race and sex.

The letter asserts that “to prevent the waste of the Company’s assets, to repair and safeguard the Company’s brand, goodwill, and reputation among its customers, to protect the Company’s shareholders, and in fulfillment of your fiduciary duties to the Company and its shareholders to ensure compliance with civil rights laws,” the Board of Directors of American Express must “immediately release all documentation pertaining to diversity curricula; race-based employment policies implemented or discussed for implementation by the Company’s human resources arm; and all salary, bonus, and stock options tied to said policies.”

Additionally, the letter instructs American Express, in accordance with its fiduciary obligations, to “[r]etain an independent third party to conduct a culture audit” and “compel the Company’s management to implement genuinely effective and objective internal controls to prevent the Company from violating civil rights and ensure a welcoming workplace.”

You can read the full letter here.

“American Express shareholders and customers deserve transparency and accountability,” New Tolerance Campaign President Gregory T. Angelo stated. “The alarming revelations about the company’s culture, hiring and bonus practices, and corporate trainings present major potential liabilities for its brand. CEO Steve Squeri must announce the implementation of the reforms proposed in our letter when American Express holds its annual shareholder meeting on May 3.”

The letter is the latest salvo in the UnAmerican Express campaign, a massive 50-state initiative to rebrand financial giant American Express as “UnAmerican Express” by exposing the radical, divisive, and coercive policies at the financial institution that are at their core antithetical to American values. The campaign features aggressive social media, radio and television advertising (see commercial here), and grassroots action demanding state pension fund divestment from American Express. To date more than 32,000 messages have been sent via NTC’s platform to state pension trustees requesting this action. More information can be found at the campaign’s central website unamericanexpress.com.