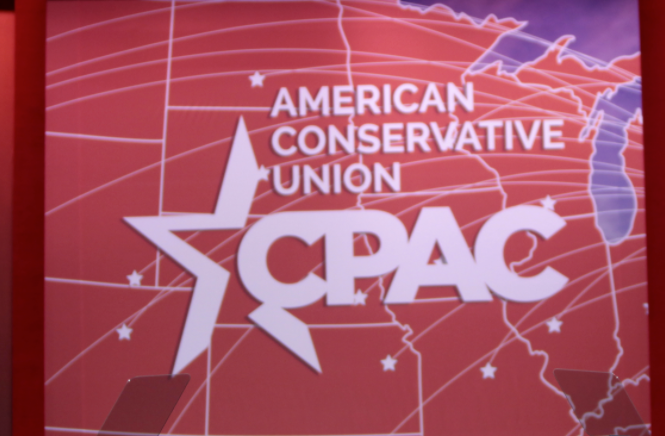 Last week the American Conservative Union (ACU) hosted their annual Conservative Political Action Conference (CPAC) under the theme “America Uncanceled” – a name that became somewhat ironic when CPAC canceled one of its speakers just before the conference started.

The scandal was sparked by a Media Matters expose on a panelist named “Young Pharaoh” that revealed a slew of grossly anti-Semitic tweets. Within two hours, all traces of Young Pharaoh had disappeared from the event website. CPAC announced a speaker had been removed for “reprehensible views.”

Young Pharaoh’s social media included claims that Judaism is a “lie” invented for political reasons, referred to Jewish people as “thieving”, and insisted “all the censorship & pedophilia on social media is being done by Israeli Jews.” After being disinvited, Young Pharaoh doubled down on his anti-Semitic comments and made a video claiming that the ACU reached out to him first and accused the organization of inviting him to have more minority faces in their program.

If Young Pharaoh’s allegation is true, it would mark yet another example of how some civic groups overlook one type of bigotry while trying to address another – with anti-Semitism in particular given a pass in the cause of promoting other types of “diversity.” It is unclear how ACU missed the many red flags in Young Pharaoh’s tweets and videos, which often contain conspiratorial content.

The larger issue raised by Young Pharaoh’s unceremonious exodus from CPAC is the seeming tension between opposing “cancel culture” and standing up to bigotry. “Cancel culture” is the extreme over-reaction by increasingly woke civic institutions and leaders that seize on a real or perceived grievance to destroy someone’s career. Refusing to give an optional platform to an unabashed anti-Semite, by contrast, is in no way an overreaction.

Cancel culture is a problem, but so is overlooking blatant bigotry like Young Pharaoh’s. Opposing cancel culture and having standards are not mutually exclusive. Even those who believe themselves above “woke” traps can sometimes still fall into them.