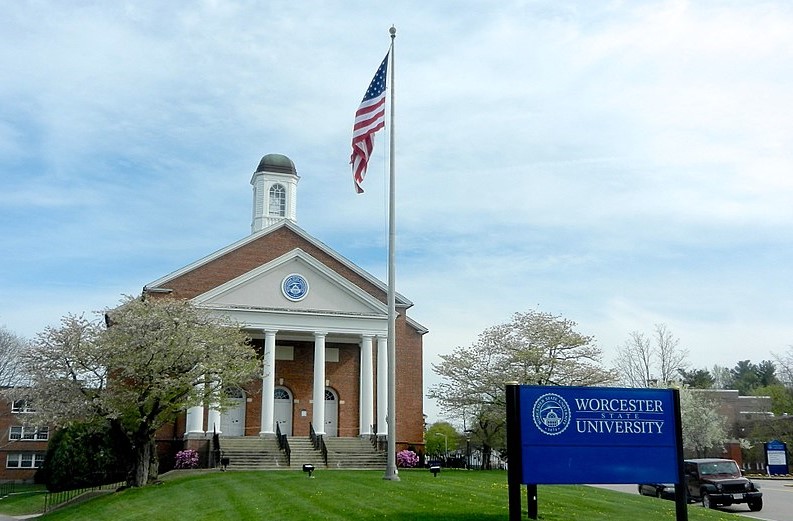 Thanks to your efforts, NTC has logged another victory for consistent standards of tolerance, or at least a partial one.

Worcester State University (WSU), a public university in Massachusetts, boasts “open exchange of ideas” as one of its key principles, but its Student Government Association (SGA) rejected a Turning Point USA (TPUSA) chapter in a clear display of viewpoint discrimination.

You joined us in sending messages to WSU President Barry Maloney calling on him to stand by the university’s stated principles and stop this reckless discrimination, and he listened!

According to an investigation by the non-partisan Foundation for Individual Rights in Education (FIRE), students Tony Winship and Alvin Marchena went through WSU’s standard process of establishing interest in a new club and obtaining a faculty supervisor. The students then made a presentation to the SGA who denied their request because of potential “negative impact on campus climate.”

Turning Point describes itself “as a 501(c)3 non-profit organization whose mission is to identify, educate, train, and organize students to promote freedom,” and its ideology is unmistakably right-wing. Turning Point’s leaders’ controversial statements and members’ edgy activism have gained national attention on more than a few occasions. But WSU describes itself in the student handbook as “an inclusive community that supports each person’s First Amendment right to express opinions and ideas, including unpopular or controversial viewpoints, without governmental interference, retaliation or punishment.”

Though WSU officials had said the decision was the SGA’s to make, as FIRE wrote in a letter to the school, “public colleges and universities cannot deny official recognition to student organizations based on viewpoint. Doing so is an abdication of their well-established constitutional obligations.”

In response, you sent letters to Pres. Maloney telling him to recognize Winship and Marchena’s club and reform the SGA decision making process without delay.

As of mid-June, WSU has decided that Turning Point will now be granted all the privileges of a campus club except one – access to student fees. The SGA will still need to vote on that piece in the fall. WSU has suggested that they will institute some kind of First Amendment training for SGA members that should ensure that TPUSA gets fair treatment, but no specifics have been made available.

We’ll keep an eye on the situation and re-open the campaign if WSU doesn’t follow through, but for now, we can definitely call this a win!

Congratulations to the newly-formed TPUSA at WSU chapter, and thank you to the administration members who eventually decided to do the right thing.