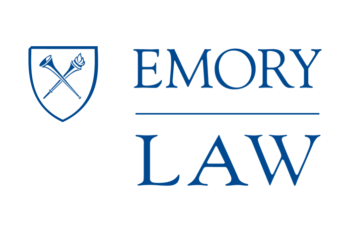 Thank you to the many New Tolerance Campaign grassroots advocates who made this victory possible!

Emory University is crystal clear on their stated values. Their Respect for Open Expression policy declares the school is “committed to an environment where open expression of ideas is valued, promoted, and encouraged,” and vows to “not deny recognition to an organization because of disagreement with its mission or the viewpoints that it represents.”

In the case of the Emory Free Speech Forum, it is upholding neither.

In October, the organization was rebuffed in its application for formal chartering by the Emory Law Student Bar Association (SBA), which cited concerns that the group and its proposed topics of discussion could cause “harm.” The SBA also worried that chartering the Emory Free Speech forum would “likely give rise to a precarious environment — one where the conversation might very easily devolve,” and said it was “hesitant to issue a charter when there are no apparent safeguards in place to prevent potential and real harm that could result from these discussions.”

No other campus organizations are required to have “safeguards” in order to be chartered.

In the absence of a formal charter by the university, the Emory Free Speech Forum is prevented from reserving university space for meetings, denied access to university funds, and omitted from benefits enjoyed by other university student groups.

On January 10 the Foundation for Individual Rights in Education (FIRE) submitted a letter to Mary Anne Bobinski, the Dean of Emory Law, requesting that she use her authority to overrule the SBA and grant the Emory Free Speech Forum with a charter.

NTC was proud to join FIRE in this effort, and encourages our grassroots supporters to do the same.