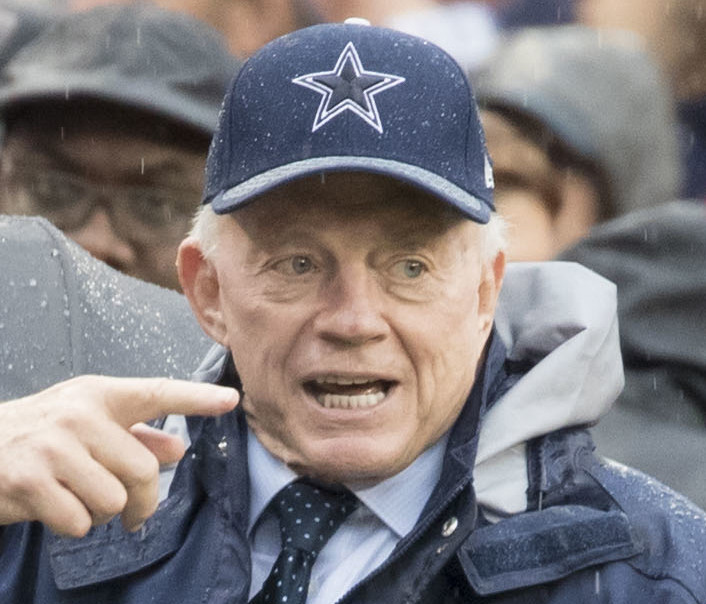 The Christmas Season wouldn’t be the Christmas Season without football and the presence of Salvation Army representatives bell-ringing in the streets, collecting donations for the international charitable organization in their iconic red kettles. However, an investigation by the nonprofit organization Color Us United discovered that the Salvation Army — one of the largest Christian charitable organizations in the world — has been advancing dangerous, hypocritical, and polarizing critical race theory.

As perhaps the most influential financial supporter of the Salvation Army, Dallas Cowboys head Jerry Jones has the power to bring this nonsense to a close.

An unearthed Salvation Army internal document titled Let’s Talk About Racism discouraged use of terms such as “colorblindness” and called on Christians to consider “repenting on behalf of the church” for their complicity in racism.

The Salvation Army’s stated mission is to “preach the gospel of Jesus Christ and to meet human needs in His name without discrimination,” but the content of their Let’s Talk About Racism course encourages people to see others through the lens of race rather than as individuals.

In addition to serving as the Owner, President, and General Manager of the Dallas Cowboys football team, Jerry Jones also holds the distinction of being one of the Salvation Army’s largest financial supporters. Via Dallas Cowboys charitable work and his own family foundation, Jones has raised millions of dollars for the nonprofit.

Critical race theory is a condescending worldview that leads to increased division in our society. If the Salvation Army doesn’t get that message, perhaps it’s time for Jerry Jones to deliver it.

Send a message to Jerry Jones: Use your influence at the Salvation Army — get the organization to abolish their CRT curriculum, apologize for their promotion of it, and publicly state that America is not a racist country!